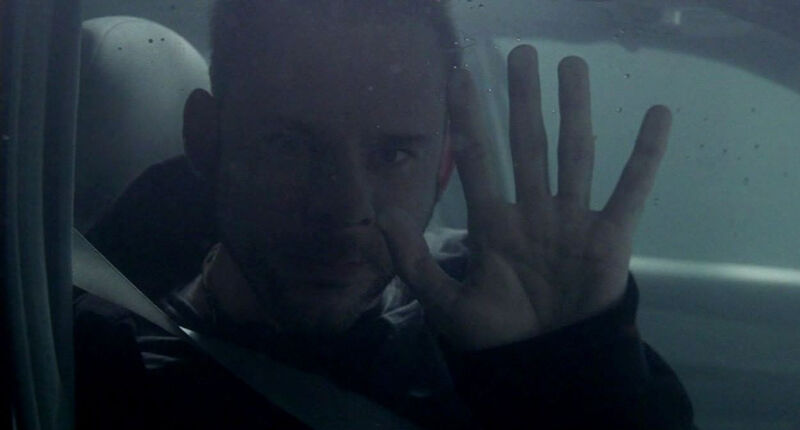 Many spoilers ahead. If you have not watched all of LOST including last nightâ€™s episode, â€œHappily Ever After,â€ you should move along. Thereâ€™s nothing to see here.

Desmond episodes never cease to amaze me. They are always filled with science, mythology and — most of all — answers. In “Flashes Before Your Eyes” and “The Constant” we learned vital information both about Desmond’s marvelously unique abilities and “rules” of engagement for island life, while simultaneously enjoying the series’ best love story. I could care less about any other romantic element of LOST, but this…thing…between Desmond and Penny, it transcends space and time, electromagnetic catastrophes and dickhead fathers. Last night’s episode, “Happily Ever After,” was like a combination of the two episodes I just cited. It delivered on all levels. It was riveting, it provided us chances to see beloved (deceased) characters, and it entrusted us with some vital information that will help us prepare for and unpack the final episodes of the show. It was all kinds of awesome.

It seems very apparent to me now (as well as those I’ve spoken to since watching and re-watcing the episode) that what we ware viewing in the “sideways” flashes is the universe created by the Man In Black. The key to unlocking this mystery was — of all people — Eloise Hawking. In scolding Desmond for his straying from the zombie-like path he has walked in this life Eloise stated that he has the perfect life and has received the one thing he wanted more than anything else in the world. In this exchange, Eloise is speaking the Man In Black’s words pretty much verbatim. His whole shtick to this point has been, “Come with me. We’ll leave this island. I can promise you the one thing you’ve always wanted.” And in these eleven episodes our perception of the characters in the LA_X timeline is that they have drank the Kool Aid and have followed MIB off the island. What did Sayid want more than anything else? He wanted Nadia to be alive again. Now she’s alive, but the downside is that she’s fucking his brother. Sawyer just wanted to get off the island. The downside is, he’s miserable and still lives to hunt the man responsible for his parents’ deaths. Kate wanted to reconnect Claire with Aaron, but she’s still a criminal and the last-interesting character on the show). Ben wanted Alex to live again, but they have only a teacher-student relationship and everything about his life sucks. Next week we’ll learn about Hurley. He wants his cursed life to cease, but the downside will be that he has no friends and no relationship with his father. And then there’s Desmond. The one thing he wanted more than anything in the world was to attain the respect of his love’s father. Now he’s got it, but it has cost him love.

His path seems clear now. Get the Oceanic 815 manifest and track down the passengers to show them what Charlie showed him. None of this matters. Their other lives were what they wanted most of all. They had love. They had each other. They had a purpose. I don’t know how he plans on reconnecting everyone to their island selves, but it’s going to be interesting. Looking back on the first episodes of this season we have seen moments where maybe characters’ actions or expressions hinted that they were having hallucinations like those experienced by Desmond. There was Jack studying his scar in the mirror and not remembering his appendix removal surgery. There was double recognition of Sawyer and Kate both on the plane and later in an alleyway. The Keamy, Sun, Jin and Mikhail meetings and interactions also smacked of remembrance. As I stated last week, I’m pretty sure unconsciousness has something to do with it. When Sun hit her head she appeared to flash between her island and LA_X lives. When Jack awoke from sleep on the plane at the beginning of the season 6 premiere episode, his expression hinted that moments ago he was somewhere else. This week we saw Desmond flash back and forth as well. Will it become confusing for fans of the show if we learn that characters will be able to flash from island to LA_X as they please? Probably. Will it help explain the reason for the LA_X reality and the need to stop the Man In Black on the island? Of course! Consider your brain cells casualties of the war that is coming.

Okay, a few points of interest and more questions. First of all, the “sacrifice” Charles Widmore mentions to Desmond. Is it Des’s son? Will the island claim another firstborn son (the OG being Faraday, of course)? Last week I wrote that anyone who doubted Charles’ intentions as genuinely good was retarded. Can I take that back? His and Eloise’s actions in the sideways flashes worried me. They hinted that Des needed to toe the company line and take his matrix-like reality for what it was instead of trying to change things. Those doesn’t seem like the actions of someone who is trying to prevent the Man In Black from leaving the island. It sounds like someone who has accepted the fate that MIB left the island and created this LA_X timeline as a result. It’s kind of funny, Widmore appears to have gotten exactly what he wanted, too. Desmond isn’t with Penny! The downside, now Des is his right-hand man and he has to share his MacCutcheon’s with him. I know I just mentioned Faraday in passing a few sentences ago, but how great was it to see both him and Charlie again. Both dead men seemed to provide us with a lot of crucial information about LA_X life and its pointlessness in relation to the island life. Is this what the deceased LOST characters died for? Are they, like Abaddon, able to move between realities to shepherd (pun intended) the characters? We’ve seen Charlie coax Hurley back to the island before. Last night we saw him coax Desmond out of whatever hold this matrix-like world has on him.

How much do Eloise and Widmore know in this LA_X life? And how did they come about this information? I hope these questions are answered before too long. I liked how the “Namaste” painting in Widmore’s old office was replaced with a painting of white and black stones on a scale in his new office. I was hoping to see in the painting that the dark side was winning, but ah…that would have been too easy. Still, I expect next week — just like every week to this point — we are going to have more layers peeled away and more answers. They might not be as overt as you desire, but this is LOST. Nothing comes easy. My friend Tom was angered last night about people not asking “Why!?” My answer to him was very simple. There have been dozens upon dozens of moments through the history of the show where characters could have stopped to ask “Why!?” This is what makes LOST…well, LOST. It’s never been easy. I would be disappointed if the answers we received were too cut-and-dry. I’m just going to enjoy this last episodes and take things as they are presented to us. When the time comes to re-watch season six, maybe in hindsight I’ll be angered by what could have been, but until I know what this work of art is going to look like in its finished state, I am in no place to complain.