Letters To No One: Sirius XM Radio 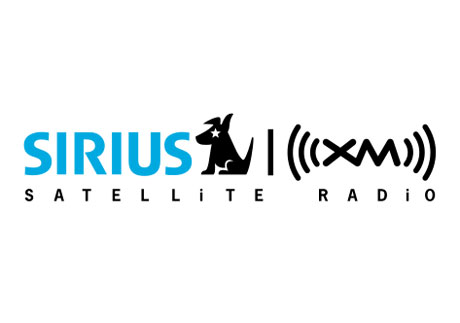 What gives? I’ve been paying for your satellite radio service for some time now and I am furious about how I have been disrespected by your company. I purchased an account for exactly two reasons: Major League Baseball and Howard Stern. I enjoyed both of these radio options for a full year. After my original subscription ended — without any notification — my bank account was automatically charged for a full year of service at a higher price than I was originally quoted. I called to complain, and when I asked for a credit on my account in the amount of the difference between my old subscription and the new subscription, I was told that I should just cancel my service if I was dissatisfied. That’s not exactly what I would call friendly customer support. After calling a different agent to raise the same complaint, I was offered one free month of service. I begrudgingly accepted.

For the next twelve months, there was very little about which I could complain. Even if Howard Stern’s station airs way too many commercials (wasn’t it a big deal for him to move to satellite because it’d be commercial free?), and even if my service cuts in and out whenever I drive on a major highway, I endure it because I love the content. I can listen to the Mets whenever I want. I just have to be patient every few minutes when the service cuts out for 10 seconds at a time. I also have Howard’s two stations to accompany me on long drives. I’d go so far as to say having a Sirius XM radio makes my life better.

One morning last week I turned my radio on and tried to tune to Howard 100. My receiver responded by saying “Updating,” and I was automatically transferred to Channel 1, the preview channel. I figured maybe there was a glitch in my service. Two days later, the same thing happened. I decided to call customer support to see what I had done wrong. I tried to refresh my signal, but that did not change anything. The first customer support representative I spoke with said he needed to transfer me away from technical support to product support. I never reached another agent, as I was disconnected shortly after the call was rerouted. I called the next day and was greeted by someone who did not speak English very well. Rather than explain my situation, I immediately asked to speak with a supervisor because I wanted to escalate my claim. After being placed on hold for 18 minutes without any update on my expected hold time, I grew impatient and hung up the phone.

I decided to call back this afternoon. The first agent I spoke with informed me that I was missing several stations because Sirius XM had created a new subscription package and I could no longer listen to Howard Stern unless I purchased it. I found that odd, because I was perfectly fine listening to him every morning and evening as I commuted to and from work for over a year without any additional charges. Suddenly now I would have to pay an additional charge to hear his radio show.

So, let me get this straight: I pay you $113 for radio service so that I can hear Howard Stern. I’m not a rich man, so that’s actually a considerable amount of my paycheck I’ve laid out for your service. Yet, before my contract ends, you remove Howard Stern from my plan and tell me I need to pay more to hear him. Isn’t that considered fraud? I’m pretty sure it’s fraud…yeah, I just read the definition of the word and it most assuredly is fraud. Maybe I should contact the attorney general of the state of California and have him look into this matter, because it seems like something a legal representative would love to investigate.

There is still no Howard Stern available on my radio, not 43 minutes after sitting on hold this afternoon, and not 29 minutes after screaming my head off at a woman who neither spoke English nor fully comprehended the claim I made. God dammit.

In conclusion, I’d like to say this about my experience with Sirius XM satellite radio and its customer support division: it’s awful. Your radio service is clearly still in its infancy, otherwise you’d know how to deliver reception from a satellite to a satellite radio whether it’s located in a person’s home or automobile. It can’t be that hard, and I’m sure I’m not the only person who finds this aspect of your service to be lacking. Also, your customer support sucks. You wrongfully — and without proper consent — charge people money for subscriptions, and when they call to complain about having their subscription altered you tell them that they need to pay more to amend their subscription. How the fuck you’ve stayed in business this long is truly shocking. Please be advised that in the future, I will most likely be canceling my subscription, and a copy of this letter will be published on the World Wide Web, where it will be accessible to pretty much every person who walks this earth. Probably even some aliens, too. I mean, if aliens don’t have the Internet yet what the hell were all those science fiction movies trying to scare us for? AnyÂ  life-form that hasn’t yet produced that kind of technology isn’t one with which we should concern ourselves. The point is, a lot of people will read this letter and it will most likely affect public opinion in regards to Sirius XM. I hope you’re happy.